Leaving children to figure it out themselves is slow, painful and often frustrating. Trying to get out the door with a small person insisting “I DO IT!” at the top of their lungs with all the force of an Army General is, at best, an exercise in restraint and patience. Yes, it is easier if you do it for them, and it will be about a thousand times quicker too, but there is no satisfaction in learning for them, and children want to learn.

What it could come down to is management. It is a gentle dance of give and take. No one wants to be that parent that says No all the time. I am yet to meet a single parent for whom yelling at their children is a joy. But some days it sure is difficult!

You may not always get out of the house on time, and there may be many more occasions where you have to bundle your children out against their will just to accomplish what needs to be done, but what if there could be more balance in the relationship? What if there was enough time to satisfy the need to do it alone that, in turn, makes the times when you need to just get it done that much easier?

As with the balance of mess and cleanliness there could also be a balance of freedom and constraint. For many (myself included) watching a child take 10 minutes to do up a single button is like a slow form of torture “Just let me do it!” I want to scream. How can it take so long to do up a single button when you have 6 more still to be done?! How are we ever going to get moving at this rate?

I have physically sat on my own hands before in order to contain the urge to control everything. Yes, I can do it faster and with the correct buttons in their corresponding holes, but no one wins. The child learns helplessness and the parent learns frustration in a child who inevitably can’t do their own buttons up. It is a short term win for what has the potential become a long term pain in the rear.

So what has any of this got to do with play?

Play which is without outcome provides us as parents with the chance to open a window on freedom. It provides children with the prospect to explore their own limits of competence, and extend them.

When you’re looking for an end result with play it stops being play and instead becomes about the outcome.

Looking at something like playdough, which by its very nature is almost impossible to preserve and save any creations long term, it is therefore all about the freedom of process. It is about learning. Rolling a ball is not as easy as it looks when you have never rolled a ball before.

Now before you start rolling your eyes and thinking about how your child is like a shadow who never leaves your side and won’t be left to play alone for even a second, so what do I know? I get there are some children that aren’t yet too keen to be left to play without parental input.

Playing alongside a child, rather than with the child is a great way to get around this, and slowly open their eyes to the joy of their own thought process. It is a phase, and they will gain increasing independence. Keeping your “play” at the same abilities of the child will give them the confidence in their skills, because there really is no one right way to create a crocodile out of playdough, and if you’re telling me that the squidgy blob you have made is a crocodile, then of course it’s a crocodile!

Giving a child the chance to figure it out for themselves can be one of the greatest gifts a parent can provide. Occasionally having all that freedom to work it out on the kitchen table with a lump of dough will relieve them of the need to control who connects the two sides of a zip when you’re busting your chops to get moving.

Leaving the window open to make a perfectly imperfect lumpy crocodile or a scribble of a rainbow is empowering young children to appreciate their own abilities and to marvel in their own competence.

Hopefully this will give them greater independence and greater tolerance to the times when their independence isn’t so appreciated.

So crank out the play dough, roll up your sleeves and admire the glorious blob your baby created from scratch.

How to make Fairy housing 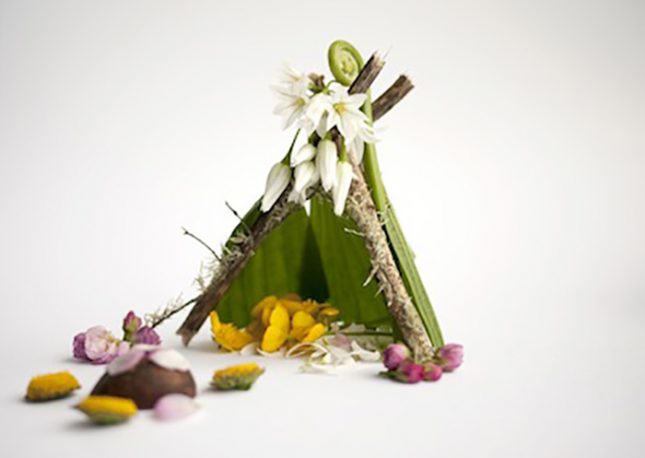 The truth is that fairies, just like everyone else, need somewhere to live. If you’re finding your garden to be devoid of fairy inhabitants, it could be that you have not built them anywhere to live. Yet. Encourage enchantment, wonder and make-believe. Fairies are only unreal if you believe they are. Whimsy is something adults could all do with a little more of, and building a home for a fairy could be just the place to start.

How to Make Natural Slime or Oobleck 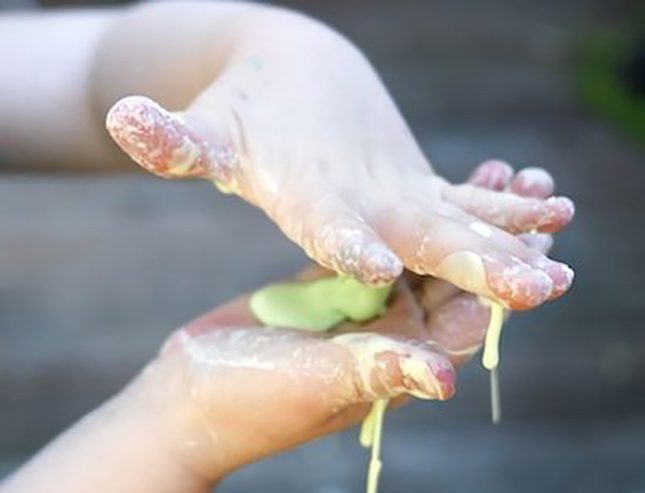 Because this slime recipe uses only natural ingredients, it is unlikely to cause any skin irritations, but it is likely to have your child thinking, ‘I wonder what would happen if I put my whole body into the slime?’ The results are brilliant, but the clean-up is more than a quick wipe with a sponge. Be prepared for this to turn into a full-body experience. At the very least, have a clean towel ready; you will need it when they’re done. The hose might come in handy, too. Don’t say we didn’t warn you!

Reproduced with permission from Recipes for Play  by Rachel Sumner and Ruth Mitchener. 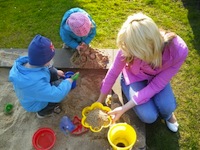