There are lots of different recipes available for Anzac Biscuits, many of which have evolved over time. This is one of the more classic Anzac Biscuit recipes you’ll find. Kids just love em, so you might want to make a double batch!

History of the Classic Anzac Biscuit

There’s some debate over whether the Anzac biscuit was invented in New Zealand or Australia.

The earliest published recipe appears in a New Zealand cookbook from 1915, but was for an Anzac cake, not a biscuit. An Australian recipe book in 1917 had a recipe for an Anzac biscuit, but it was a totally different recipe.

Then in 1921 a new edition of the New Zealand cookbook had a recipe for Anzac crispies, which is the classic biscuit we all know. Future editions of both New Zealand and Australian cookbooks then referred to this classic recipe as the Anzac biscuit!

Rather than being sent to the front lines for the soldiers to eat as some people think, ANZAC biscuits were actually eaten at galas and events back home. They were sold to raise money to support the war effort. At the time they were often called ‘soldier’s biscuits’.

The fundraising effort organised by the Patriotic Funds accumulated 6.5 million pounds to support New Zealand troops during the war!

In actual fact the biscuits our troops ate on the front lines paled in comparison to the classic Anzac biscuit. These lean ration biscuits, known as the No. 4 standard biscuit were rock hard, more like eating cardboard, and often full of weevils! 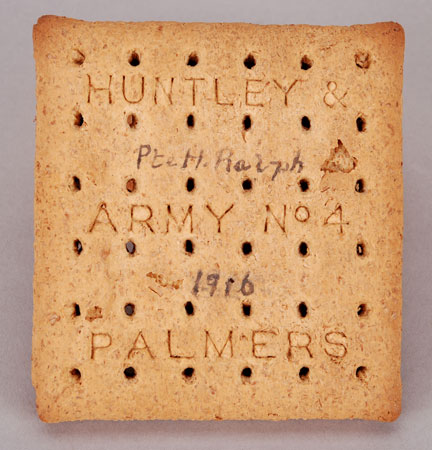 The common ingredients which tie all of the Anzac biscuit recipes together are rolled oats, coconut, butter and golden syrup.

Like most old-styled biscuits, Anzac Biscuits never have eggs, as these were in short supply during war times. So these are great for people with an egg allergy.

Anzac biscuits keep very well in an airtight container, and should at least a week. These are best eaten slightly warm, with a tall glass of milk 🙂