When you look at a man and a woman couple there’s one thing you can almost guarantee, despite the differences in character and personality, women will worry about infertility problems first!

There will be things a woman will identify and struggle with, only for her partner to look at her as if she’s completely lost the plot.

She may be feeling down when he is feeling up. She may ask her partner, ‘how are you going?’ expecting an answer about his take on the fertility challenges ahead. He’ll answer: ‘fine’, thinking she’s asking ask him how he’s… well, going!

What are the Signs of Infertility in Males?

As with females, the main sign of male infertility is when a man can’t conceive a child. Although there are other signs, unfortunately this is usually the time most males discover they may have an issue.

According to the MayoClinic, there are a number of signs though that could be cause for infertility in males. This includes:

Of the issues above, a lower than normal sperm count is usually the reason for males having difficult in conceiving.

What Causes a Man to be Infertile? 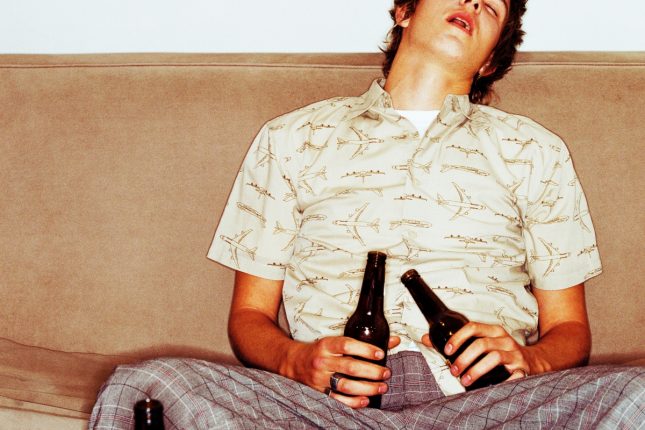 There are a multitude of issues that can cause a low sperm count in males. Some of these are inherited, others are induced or self-induced and others can be due to the environment around you. The MayoClinic groups the causes of low sperm count into the following three categories:

These are the typical medical causes of infertility in men:

These are just some of the environmental causes of infertility in men:

Health, Lifestyle and Other Causes of a Low Sperm Count

And, these are some of the more common lifestyle causes of infertility in men:

As you can see a number of these things can be controlled. Smoking, drinking excessively, stress, over eating or under exercising, are all things that men can easily change, and can all lead to low sperm counts and/or sperm that are not virulent.

If you are planning on a birth with your partner, it would be a good idea to consider rectifying as many of these common causes as possible, months, or even years, in advance, as changes to sperm count can take time.

Can a Man Check His Sperm Count at Home?

You can go to your physician or GP if you’re at all concerned about your sperm count, or you’ve been having difficulty in conceiving. Often the GP will run tests on both the male and female to find out what may be going on.

If you think you may have a low sperm count, you can also check your sperm count from home with a Sperm Count Home Fertility test. We recommend this as a first course of action, and following up with your GP if your sperm count is low. 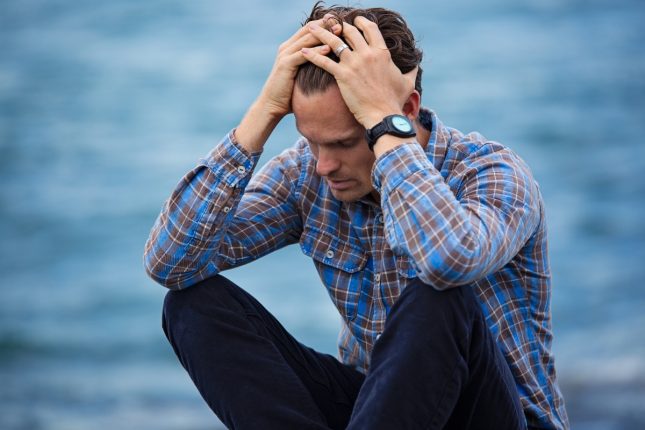 So does infertility affect men?

Based on the occasional non-committal answer, no.

Based on their seeming lack of interest at all the fertility pamphlets their partner brings home from the clinic, no…

But of course it does … just in different ways.

The very good book Swimming Upstream: the struggle to conceive looks into this very fact. We spoke to the Author, David Rawlings, who had this to say

I asked a lot of men and I found that even though there may be reasons that are personal to a man as an individual, there are some common ways in which infertility affects men … it’s just their partners don’t always know how to read the signs.

Funnily enough, a lot of women who have bought David’s book Swimming Upstream say they can understand what’s going on inside their partner’s head … including:

Does Being Infertile Make you less of a Man?

Having children can be the very mark of being a man for some men.

Many times a prospective father has been slapped on the back for his good work in getting his partner pregnant. Who knows whether he was fuelled up on Scotch for his 30-second shot at manhood? He’s a hero.

If fathering a child carries such a mantle of being a super-stud, logically it would follow that if you can’t father a child, you are less of a man, certainly less than a guy who can.

David interviewed a number of men for Swimming Upstream and they all mentioned that when they got an abnormal sperm test result, it knocked the wind out of their masculine sails.

But you don’t even need a bad sperm test to question your manhood. David experienced this very problem himself:

My wife and I fall under the ‘unexplained infertility’ category but still heard the ‘shooting blanks’ or ‘can’t get it up’ comments because my wife wasn’t pregnant. Even though I had a piece of paper from the lab that said I was okay.

A Man’s Deep Desire to be a Father

Yes, men want children. (More about that in a later article).

You know the social cliché, that women have a biological clock that starts ticking when they’re ready to have a baby. They reach their late 20s or 30s and gravitate towards every baby within 50 metres. They look wistfully into the shop windows of babywear stores.

Now while men don’t usually gather in groups admiring tiny cardigans, or talk to their friends about the dream to hold their own child, they certainly have a biological clock too, however faint the ticking.

Ask any first-time father as he is holding his newborn baby 30 seconds after they’re delivered if he now misses his ‘freedom’. The answer will always be no.

You can also see it when you hear interviews with sport stars, entertainers or business gurus. These men have scaled the heights in their chosen fields and have stood at the top of a world full of challenges. They’ve achieved things that most men dream about, yet you hear time and again that the greatest moment of their life was ‘when my son was born’ or ‘when I delivered my little girl’.

They can look past million-dollar deals, last-second tries to win the championship, or holding an Oscar – and fondly remember their greatest moment as fatherhood.

Supporting my Partner with Infertility Treatment

Most men I’ve talked to have said the hardest part about fertility treatment was supporting their partner and seeing them go through emotional, physical and social rollercoasters. They wanted to protect them from it.

This is how it usually happens: when first dealing with the spectre of fertility problems, the man will often try to get on top of it with stony silence or by being positive as a way to support their partner.

Now while both may be traditional male role models for dealing with problems, neither one is particularly helpful in working through an issue together with a woman – especially when she is looking to be responded to and comforted or recognised as having valid, genuine emotions and reactions.

The technical term for emotionally withdrawing is alexithymia. We call it ‘being a guy’.

And the fact that men and women communicate in different ways also throws a spanner into the works.

When coping with an issue, men on average don’t talk about it. They prefer to sort it out themselves. This is especially the case with issues that infringe on an intimate part of their life. It’s a case of keeping weaknesses to yourself. Men can go two ways when dealing with something major in their life. They will either force themselves on the situation and take control or move onto something else.

And with fertility, almost all of the hundreds of men that David spoke to when researching his book said the same thing:

it’s a personal issue, so I find it hard to talk to anyone.”

Unfortunately, some women interpret their partner’s silence as indifference… which may not be the case at all.

For more expert advice on infertility, check out our Pregnancy: Infertility section.

Might be Vitamenz too. They are a kiwi created supplement, cheaper than menevit.

While listening to the radio a few weeks ago a gentleman was talking
about fertility pills for men. He said he was taking them to improve
motility and that he had purchased them from a fertility clinic in
Auckland. I have been hunting around to find out more but with no
success. Are you able to assist or advise where I may be able to find
out about these pills?

Hi and thank you for your query, but I’m sorry I don’t know about these.

Another visitor to Kiwi families may be able to shed light on this, so keep an eye on this column.

Try
contacting the fertility clinics of Auckland, but be sure to seek
specialist advice before taking pills – everything has potential side
effects and you need to be sure you are taking the right treatment.

All the best
Paula, nurse at Kiwi Families

In response to this question, we have been given so called pill to help
with male fertility through Fertility Associates in Wellington.
Apparently, they are only available through the clinic, and are similar
to Elevit.
Give them a ring and ask to speak with a nurse,