We know you love paying taxes about as much as changing your 2 year old’s diaper, after a massive poonami! Or, about as much as standing on the sidelines of a ripper rugby game in a wet, cold southerly, watching your 6 year old run around in circles, and occasionally stop to inspect a daisy… 🙂
But, as we also know, and US President Benjamin Franklin once famously said,

… in this world nothing can be said to be certain, except death and taxes.

And so it is, year after year, you work, you live and you pay taxes.

Paying tax is really important of course. Taxes pay for our schools and teachers, hospitals and nurses, roads and railway lines and all manner of necessary things that make our country great. But are you paying too much tax?

Well, the answer is clearly yes.

In fact, a report by the Taxpayers Union appearing on nzherald.co.nz says the average New Zealand worker is paying $483 a year more in tax because income brackets aren’t adjusted with inflation. Kiwis are owed hundreds of millions by Inland Revenue in overpaid taxes. Mytaxback.co.nz says their average tax refund is a whopping $479 per client, and they’ve already helped over 100,000 people claim a tax refund. That’s a lot of tax!

Why are we paying too much tax?

It turns out this question isn’t straight forward to answer, as there’s quite a number of reasons. But we can boil some of it down.

Changes to the tax rules in New Zealand in the 1990s did away with the need to file a tax return each year. Before this, every year if you earned any money at all, you had to file a paper return to Inland Revenue (the IRD back then).

I remember filing my first tax return at the age of 11. I think I got around $26 back. It was really exciting (and then I paid taxes for another 25 years, and the initial excitement wore off, especially in the years I had to pay tax back to the government!)

It was a good thing to do away with filing tax returns. Let’s face it, 1 million people sitting down for 2 hours with a calculator, then posting a million paper returns back to the government to be manually entered into a system, probably isn’t the best use of a country’s resources. But it also meant people stopped receiving refunds they were due.

Here’s a short, and definitely not complete list, of reasons why you might pay too much tax in a year:

How can I claim back my tax refund?

If the Inland Revenue has collected too much tax off you, they’re probably not just going to give it back.

What makes this particularly galling is the government can’t, or won’t, tax multi-national companies like Apple, but is happy to keep your tax overpayments. The nzherald.co.nz just reported that Apple made $4.2 billion in revenue in New Zealand over the last decade, and didn’t pay a single cent in tax. But, they’re happy to hold on to your $500 if you can’t work out how to get it back. Well, that just doesn’t seem fair.

You can do it yourself online, by going to the IRD website, registering for myIR Secure Online Services, and applying for your Personal Tax Summary. It’s not too difficult if you’re online savvy. You can also contact schools, and anywhere else you’ve made donations, to get a receipt, which you can claim back on. You may also have tax credits available under Independent Earner, Working for Families and Child Support or Student Loan overpayments.

But, if you haven’t claimed your tax rebates yet, I’m guessing you’ve put this in the too hard basket, and you’re probably not going to get around to it. You can also jump online and get a tax rebate company to do it all for you.

And so enters the tax refund industry. These guys are like the superheros of the tax world. 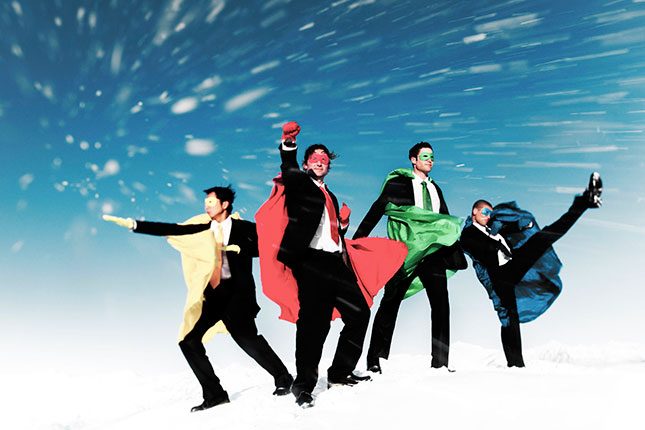 Accountants have been doing this for small business owners for years, structuring their income so they pay the most accurate (and smallest) amount of tax possible. Now you can have a Tax Agent working for you too, to make sure you claim every last cent of overpaid tax back.

They’ll only file your tax return if it actually results in a tax refund, and you only pay a fee if there’s a refund to claim. So there’s zero risk really. They can also claim refunds going back for 5 years, so this can add up to a lot of tax back in your pocket.

We know how important getting this money back is to Kiwi Families, so we reached out to Mytaxback.co.nz to get an incredible rate, just for Kiwi Families members:

We have a really special rate for Kiwi Families members. Our low fee is just 12.5% of any refund we are able to recover. This is the lowest percentage fee in New Zealand*. Many tax refund companies can offer a similar service (and will charge you more), but we are the only ones who GUARANTEE the biggest possible refund. – Nick Brooks, Director Mytaxback.co.nz

All you need to do to start claiming your tax refund today, with the lowest fee in the country*, is apply through Mytaxback.co.nz:

Remember, their average client refund is $479. And their single biggest refund to date was to a single Mum with 3 kids who was owed over $50,000!

This is your money people, but it’s up to you to claim it back. Take action now. Get yourself started at Mytaxback.co.nz, and start day-dreaming about how you’re going to spend that tax refund!

A native tree for every Kiwi baby