These days, when we take on the role of motherhood, the majority of us sacrifice ‘fulfilling our own full potential’ in almost every other avenue of our lives. Motherhood may well be the ultimate sacrifice.

Or, perhaps, you will reach the pinnacle of your career, but forever wonder how much better a mother you might have been if you’d just stayed home…

Being a mum takes unimaginable commitment, energy and time.

For most of us, this means we live with the knowledge that we will probably never be able to ‘fulfill our full potential’ in loads of other areas of life. The price feels vaguely acceptable, as we do the most important job on the planet, and we do it so bloody well. However, there will be times when people will treat you in a way that you know would simply not have happened if your life had continued on its old path, and that will irk you.

This is not to say that motherhood cannot be great — it is more to acknowledge that you could also have achieved greatness (and greater respect within society) in other ways too.

Motherhood means you become someone else, and that’s a sacrifice. We are expected to embrace every aspect of this experience in a way that it is no sacrifice at all, and sometimes it isn’t . . . as we discover new areas of greatness and fulfillment of our new potential that we didn’t even know we had in us.

Going back to work?

Certainly, producing no monetary income and having no outside job title can make many mums feel as if they’re drifting, lost on the ocean of life.

And needing to ask one’s partner for money can feel uncomfortably demeaning. For many, being financially dependent can create feelings of great powerlessness. Studies have found that women who work outside the home (paid or unpaid) are less vulnerable to depression — because it’s important to have a life that extends beyond the (prison) walls of the house.

Many women enjoy returning to the workforce, seeing it as a mentally stimulating opportunity to use their brains again; wear dryclean-only clothes again; talk socially or intellectually with mature adults again; enjoy a break from boring, menial domesticity; feel pride and satisfaction at earning money again.

It can be an energising and refreshing rediscovery of our old selves, providing renewed self-esteem from a few hours of taking responsibility for a job, and getting it done.

A foolish husband says to his wife, ‘Honey, you stick to the washin’, ironin’, cookin’ and scrubbin’. No wife of mine is gonna work!’.

For many other mothers, giving up paid work to be a kept woman is almost pure bliss. Such as, the business woman who happily gives up the Armani suits, Prada accessories, 2 hours each day in traffic jams, and pretentious business breakfast-meetings; or the overworked administrator who joyfully hands in her letter of resignation to be rid of her chauvinistic, egotistic, arsehole boss!

They’re relishing blobbing out in a real world complete with shopping carts, pushchair, baby front-pack, and the most precious 5-kilo bundle of joy on the whole planet! Suddenly life can, for once, become more spontaneous, instead of needing to be so time-managed.

This may be a woman who, although she has the ability to contribute financially to the family finances, actually loathes the idea of leaving her child to return to work. So, together, she and her partner agree that for her happiness (and subsequently the family’s happiness), that being anything other than a full-time mother is an intolerable idea.

A stay-at-home mum can be a pretty happy camper — so long as she isn’t partnered with someone who can’t stomach any further reductions in their present or future lifestyle; or someone who believes full-time motherhood is an intolerable luxury; and that the baby needs to fit into the gaps of their life.

But for nearly all women who give up work for most of the pre-school years, it can become extremely difficult (if not virtually impossible) to return to their career at the same level of confidence, prestige, income and seniority — most likely, they will need to work back up to that position, and some women’s careers never really bounce back.

Frankly, it can be an impossible dilemma of heartache, psychologically and financially, often resulting in a lose-lose situation without a solution — only compromises. Author Jane Sellman is renowned for saying, ‘The phrase “working mother” is redundant’; and feminist journalist Gloria Steinem has said, ‘I am yet to hear a man ask for advice on how to combine marriage and a career’.

For some, motherhood (immediately or eventually) gives a sort of noble, indispensable and quintessential status — they are The Home. They find they revel in their identity of being fundamentally essential to several people; it feels good and gives them pride. And so it should.

For a seemingly growing number of mums, after the intensive baby years, motherhood can open doors into rooms of fabulous and self-rewarding ventures they would never have dreamt of before having children. Often, out of an initial desire, say to produce income while continuing to be available to their children, mothers unveil talents they simply never knew they had. Or they discover interests in subjects that now fascinate them. The rise of ‘mumpreneurs’ over the last 10 years has been nothing short of astonishing

Caring less about their old set of priorities — as the maturing soul knows now how inconsequential some of those values were — makes these changes possible. Motherhood, after a while, can allow you to become freer — freer to attempt something and fail without it demoralising you, because that still makes you more contented than never having risked trying.

Motherhood can be a doorway into the Bohemian state of living; to your own sense of values, seeking inner authenticity; and standing up for your own unique way to live — the embryonic beginnings of learning to trust life’s unknown journeys. 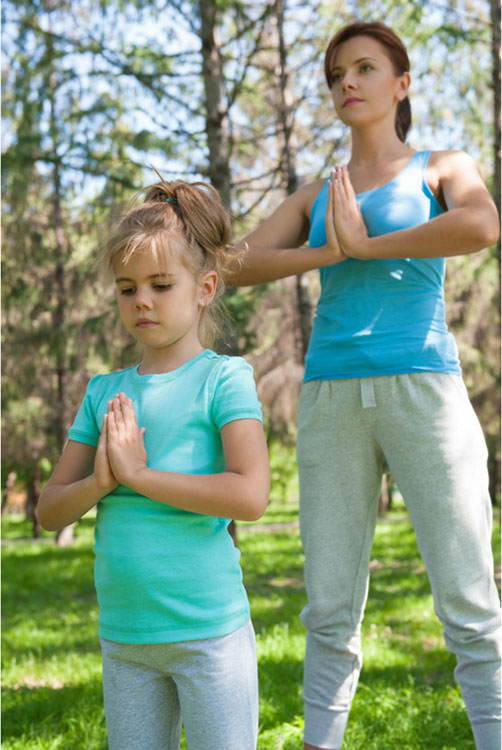 I remember discussing with a friend Sue how we mothers are in many ways longing for the simplicity of our own mothers’ and grandmothers’ lives. We conceded that we adore our automatic washing machines and our dishwashers — and our dryers and microwaves are pretty great too. But that’s where it can end.

It also amazes me how often on TV reality series, when families revert to an early colonial lifestyle, the common theme the participants continually comment on is how refreshing it is to enjoy such a simple life — even not having to choose between 59 different types of fruit juice, 46 different types of shampoo, 18 different washing powders, and 27 different kinds of loo paper when you’re doing the grocery shopping.

In a way, our generation is becoming a society of city dwellers longing for the countryside. My husband is a builder-foreman who specialises in the construction of eco-natural houses. And almost every time I explain that to someone, the reply is consistently along the lines of, ‘Oh I’d love to have a house like that.’

I believe many of our generation long to stop working so hard to earn enough money to achieve ‘financial security’ (whatever pot of gold at the end of the rainbow that really is), and to stop spoiling their materially over-indulged kids; and wish instead that they just had more time to talk and play with their children. Remember, playing with Mum and Dad is soul food for infants and children.

I remember too, pre-children, being on a work trip inspecting hotels in Fiji. Many Fijians continue to live in traditional villages and, while waiting for a boat transfer to an island resort, I asked a young Fijian man what work he did. He laughed a deep contented laugh, as he replied, ‘only one in three adults in our village needs to work, our lives are simple. I think you tourists are all mad. You work so hard all year just to come here for 2 weeks. That’s crazy!’

Maybe he’s right… or maybe he just didn’t have children yet.

For more expert advice from some of New Zealand’s top baby experts, check out our Babies section.

Kathy is a wife; mother of three; north Auckland self-employed midwife; weekly Parenting columnist; founding director of BabyOK™ Products (producers of the renowned Babe-Sleeper); and author of NZ’s No.1 guide for new mums “OH BABY…Birth, Babies & Motherhood Uncensored” and the sequel “OH GROW UP…Toddlers to PreTeens Decoded”. You can find out more about Kathy on her website.