Ah, the toddler… a fully mobile being with virtually no common sense! With the exception of their afternoon siesta, toddlers can be active all day long! Toddlers are meant to be carefree, risk-taking, thrill-seekers.

The toddler years are all about pushing boundaries — it’s in their job description. This is when your previously faultless, unsullied and blameless baby becomes absolutely and quite intentionally naughty.

At birth, a baby’s head is a quarter of their total body length. By two, the head is only about one-sixth of body length, and infants have also tripled their birth weight and doubled their length!

Generally, at around two-and-a-half years old, children are approximately half their adult height. Here’s a simple formula for guessing your child’s height:

Physiological development at this age centres around high levels of activity, because it enhances mood, improves metabolism, increases alertness and assists brain development (that is, it increases the neurotrophin chemicals that proliferate brain cell connections). At this age physical strength relates more to size than gender.

Science knows for sure that hand dexterity and brain development are intricately connected.

So it makes direct sense to encourage our toddlers to use their hands in as many different and interesting ways as possible, because we know this stimulates brain growth and hemisphere communication.

In fact, between 2 and 4 years of age, the brain cells’ connections that are responsible for hand movement, within the cortex’s primary motor zone, develop particularly profusely — with, of course, the left motor cortex controlling the right side of the body, and vice versa.

Regarding the key milestones, infants start out with very poor balance, mostly because of their top-heavy head. But between around 12 and 18 months they typically start to walk, and are usually running before their second birthday.

Then rapidly they’re also kicking, hopping, jumping, forward-rolling, catching, tumbling, balancing, twirling and dancing… plus walking and talking at the same time, and their throwing improves in accuracy too.

‘One handedness’ dominance starts to become clear from around 18 months of age. This is a great age, if not earlier, to introduce them to water — the sea, the pool, rivers and lakes — so they can learn to become at ease in it. 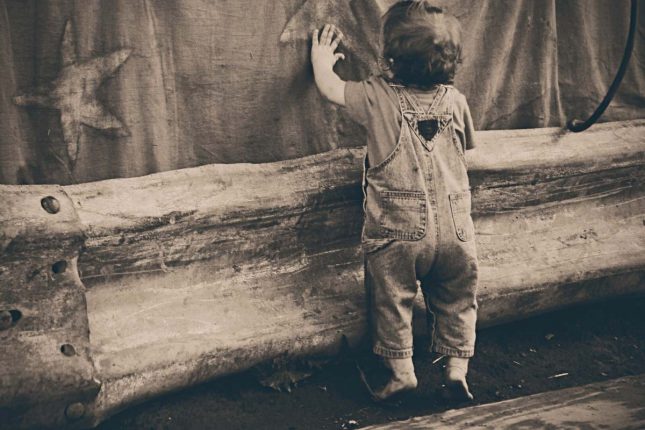 At this age, pure brain magic is going on!

In fact, a 1 or 2 year old’s brain is growing faster than any other part of the body, making billions of new connections at an incredible rate every day… and compared to the body, the head is still huge! By 2 years of age a toddler’s brain is around 75–80 per cent the size of an adult brain.

By 1 year of age an infant’s ‘memory banks’ are beginning to mature, and experts estimate toddlers learn one or two brand-new activities every day. By 18 months of age, toddlers understand that objects do not vanish when they cannot be seen. But, in general, a two-year- old’s memory is still very unreliable — with most toddlers usually forgetting more than they remember.

Toddlers are driven by a primitive urge to want to imitate. Then, remembering (committing to memory to imitate later) becomes a major part of their learning. For example, at two, they can leave a game, come back to it later and pick up where they left off, as they are beginning to remember things.

During play and exploration, one-year- olds need ‘real’ objects — such as trucks or dolls — to play with. Then between one and two years they learn to play symbolically; for instance, pretending that a shoe is a boat and the carpet is the sea — it’s dressing-up and role-play time. By the end of the second year, they also start to experiment with conflict, showing anger and aggression (usually due to frustration at their own limitations).

By two years of age they can have wild imaginations. Such imagination opens the doors to special interests; soon you often can’t get your toddler out of the Cinderella or superhero costume.

You also might want to check out our Benefits of creative play article. And for more expert advice on Toddlers, check out our Preschoolers section.

Kathy is a wife; mother of three; north Auckland self-employed midwife; weekly Parenting columnist; founding director of BabyOK™ Products (producers of the renowned Babe-Sleeper); and author of NZ’s No.1 guide for new mums “OH BABY…Birth, Babies & Motherhood Uncensored” and the sequel “OH GROW UP…Toddlers to PreTeens Decoded”. You can find out more about Kathy on her website.