I know I went a little against the grain with this one. In a time where very structured dessert buffets are at the height of fashion, I mixed colours, patterns and themes! But my fairies, flowers and butterflies party theme was definitely a hit!

Lexi is turning 4, so this is my first party where it’s been more about the kids than the adults. To be honest, it was a bit daunting!

On arrival the kids walked in through the front door to the “fairy transformation station” – where they got to collect a pair of wings (white fairy wings or black bat wings), and a ribbon wand.

We had a lovely fairy (Fairy Bluebell) for entertainment – we timed her to arrive 15 minutes after the guests, and she read them a story, played traditional party games like pass the parcel and musical statutes, did some fairy ballet, and searched the garden for fairies. It was well worth it – it meant the kids were well distracted and taken care of while I organised the food onto individual plates, and it was one less thing for me to worry about!

From a food table perspective, I did a complete mix and match, with plenty of paper, pink, purple and blue, paper, sprinkles, and…  paper!

The cake was a funfetti cake, covered in pink buttercream icing and topped with a generous serving of confetti.

There were also individual sized portions of cupcakes, multi-layered sandwiches (topped with a layer of fairy bread), berry pavlova, and fruit cups served in the truly awesome and versatile Paper Eskimo baking cups.

There was popcorn in paper cones and presented in an ice cream cone holder, and there were plenty of little extras – chocolate dipped and sprinkle covered marshmallows and rocky road, chocolate whoopie pies and lolly jars.

The kids all took home their wings and ribbon wand, along with a little sweetie bag, and if I could talk their parents into it, some feijoas!  (Our tree is dumping at least a bucket a day at the moment!)

All of the details of where I got what are at the bottom of this feature (so scroll on down!). All of the companies I dealt with were fabulous, and I would highly recommend all of them! 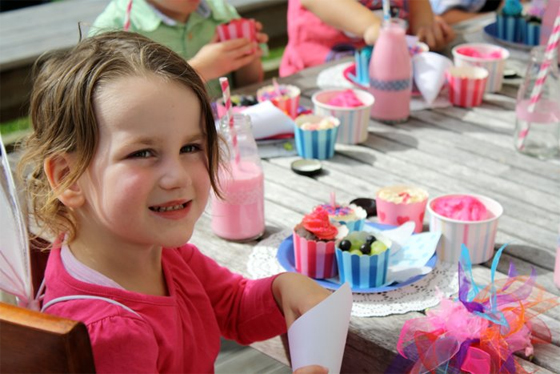 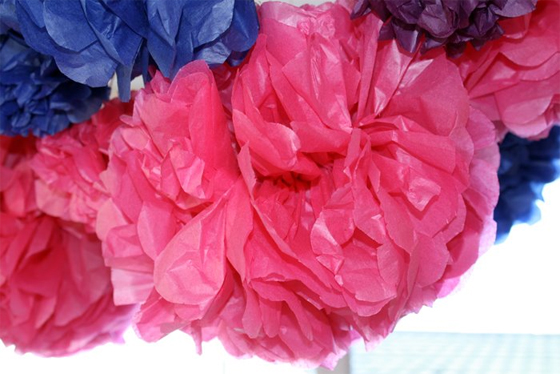 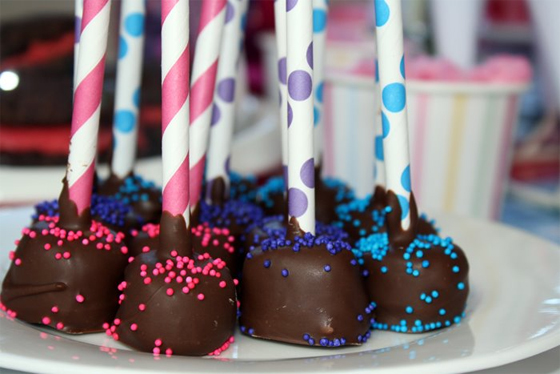 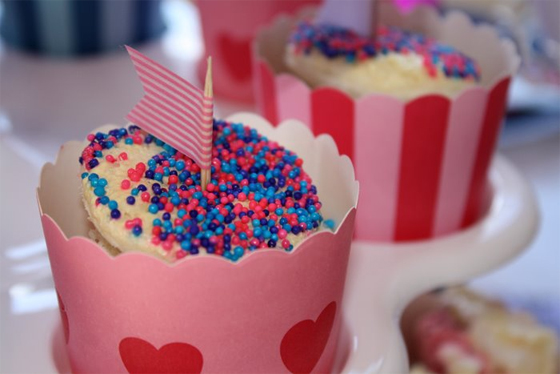 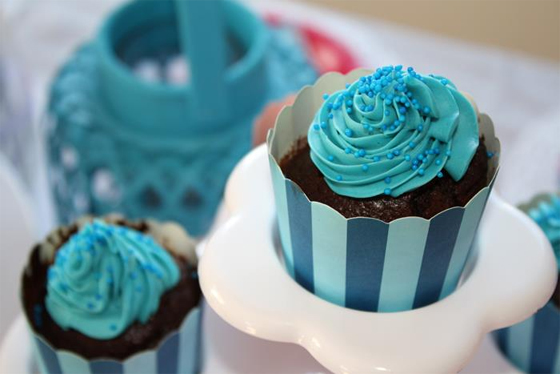 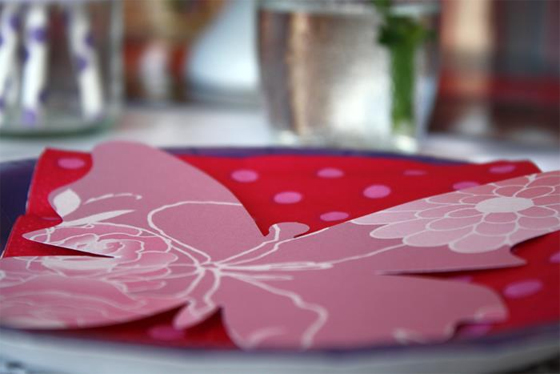 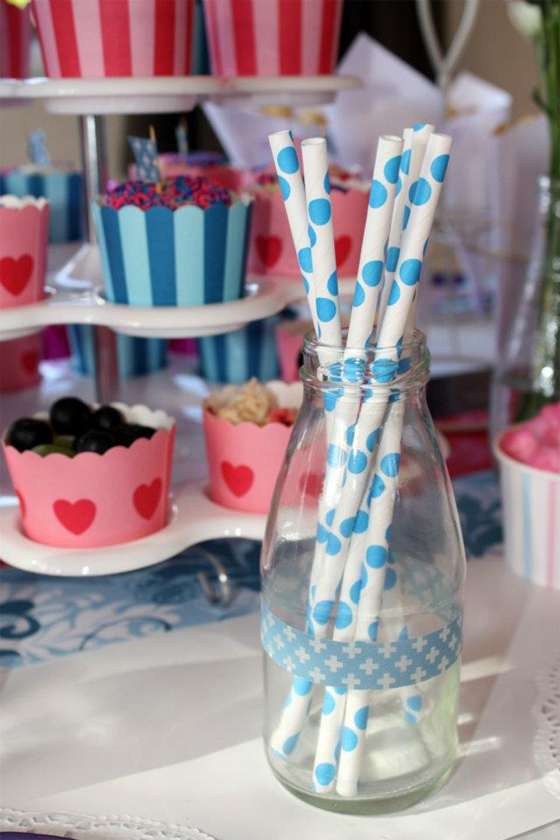 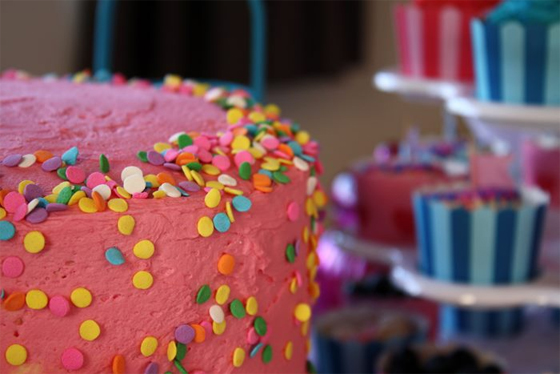 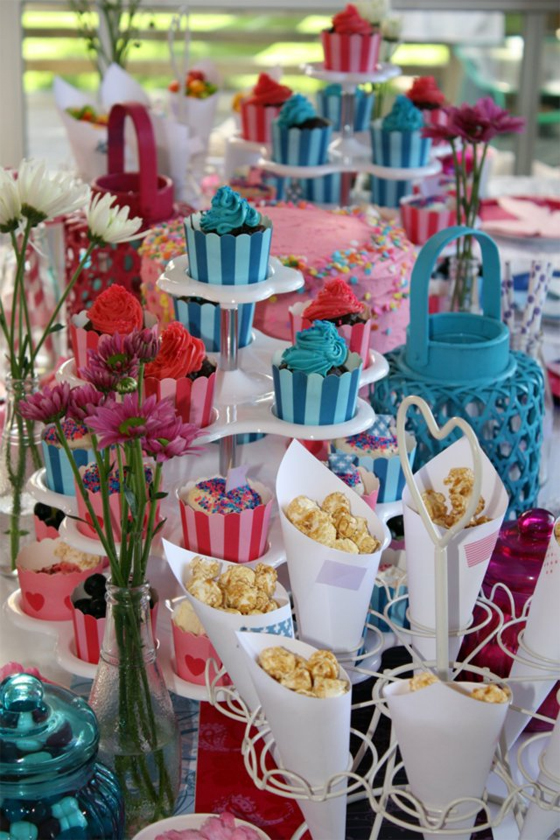 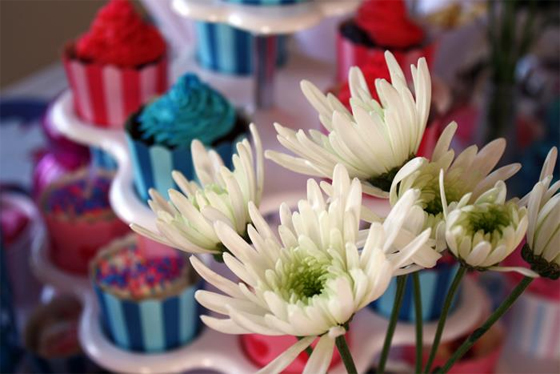