Father’s Day in New Zealand is a special day to recognise and celebrate the role fathers play in our life. Whether it’s your Dad, step-Dad, foster Dad or just a special father figure who has helped you along the way, Father’s Day NZ is your chance to say ‘Thank You’.

When is Father’s Day?

And when is Father’s Day celebrated?

How did Father’s Day start?

While many services were arranged in the next couple of years, the most widely noted was organised in Washington, by Mrs Sonora Dodd. Mrs Dodd wanted to pay tribute to her late father, William Smart, who became a single parent when her mother died in childbirth. William Smart raised 6 children on his own, which was an unusual feat at that time.

Originally Mrs Dodd wanted to hold the memorial service on the anniversary of her father’s death, June 5th 1910, however this did not leave organisers enough time to prepare a service. Instead the service was arranged to be held on the June 19th, and this has became known as the first Father’s Day.

While services continued every year, it was not until 1924 that President Coolidge recommended Father’s Day as a national holiday. It took 48 years from that recommendation, before Father’s Day was officially recognised by President Nixon in 1972.

What day is Father’s Day in New Zealand?

Other cultures around the world coincide Father’s Day with other celebrations in their community. In Germany it is celebrated on Ascension Day (40 days after Easter), in the Roman Catholic tradition it is St Josephs Day (March 19), and in Thailand it is the king’s birthday (December 5).

How is Father’s Day celebrated?

Father’s Day around the world is a chance for sons and daughters to pay tribute to their Dads. While for most countries there are no set traditions, it often involves a nice meal, presents, and a chance for Dad to put their feet up.

In Germany, Dads take part in a Father’s Day hike. Groups of men hike into the forest dragging a wagon full of wine or beer, and local foods. On reaching their destination they have a Father’s Day feast. Perhaps we should keep this tradition a secret from kiwi Dads? Father’s Day is all about making Dad feel special, and letting him know how much you appreciate the role he plays in your life. Think of Dad’s favourite things, and organise a special gift or outing surrounding that theme. Here are some art and craft ideas to get you started – and check out these really great and simple Father’s Day crafts to make dad’s day!

I decided it would be fun for the kids to paint up some plastic animal toys, turn them into a badge and put them on a card for Fathers Day.

Make a special sweet tooth basket for Dad with some of his favourite treats. Why not cook up some fudge, bake a cake, or roast some nuts with maple syrup. The Edmond’s cookbook has some great easy-to-make sweet recipes, or check out our Quick and Easy Sweet Treats article.

Take a plain photo frame and decorate it with nuts, bolts, nails, latches and odds and sods from Dad’s workshop. Use a hot glue gun to secure on all your bits and pieces, and then coat it in a clear varnish to finish off. Put a photo of yourself on the inside, and you’ll have Dad’s two favourite things in one place.

At the Office Dad

Take a clean tin can and make a great pen caddy for Dad’s office by covering it with photos of you.

Start by colour copying your favourite photographs, and then cut them into shapes so only the best bits of the photo are used. Paste the photographs on to the tin can using PVA glue, making sure that each photo overlaps the next one a little bit. Finish by painting a thin layer of PVA right over the top, to hold the photos in place and provide a protective finish. 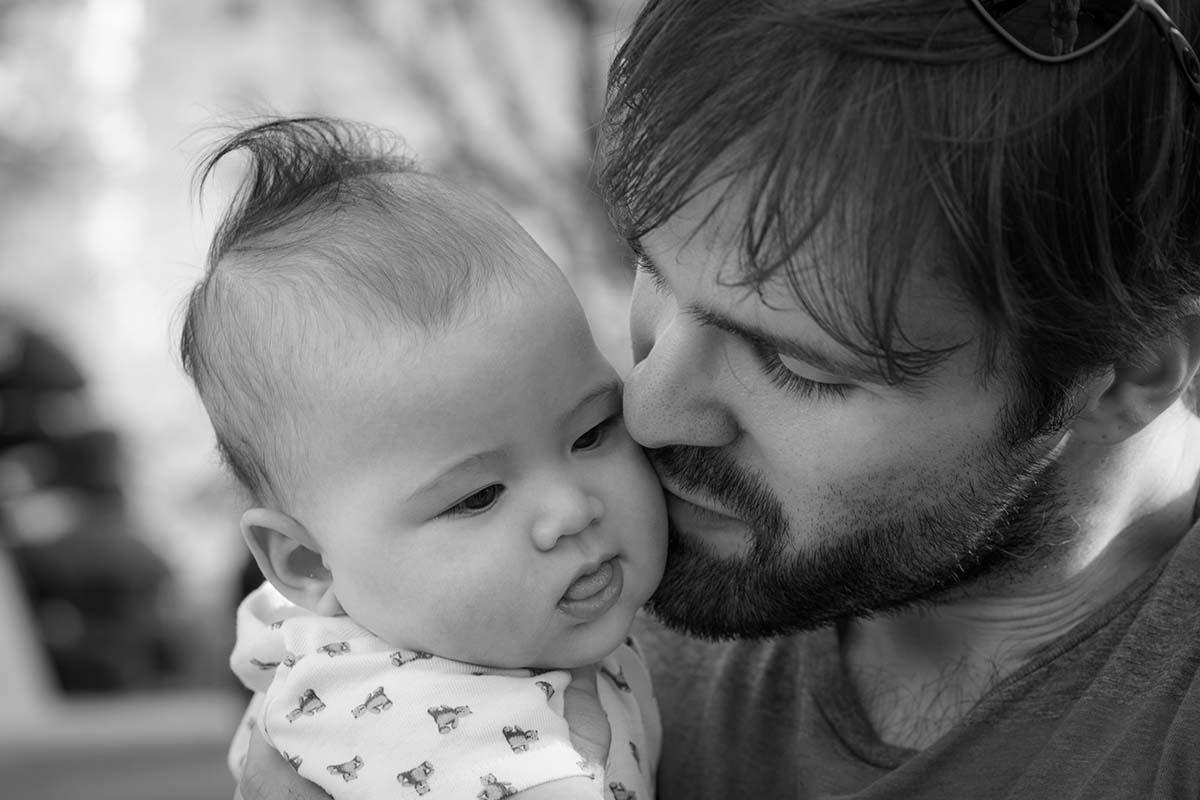 Make Dad a sports log book so he can keep track of his favourite teams. Decorate the front cover, and make headings on each page for the date, opposition, venue, weather conditions and score. Depending on the sport, you can add headings for things like penalties, fouls, tries, goals or rebounds for each of his favourite players.

Put all the pages into a ring binder or take them to a copy centre to get them book bound (it should only cost you $4-$6). Or, if you know how, design Dad a sports log in Word or Excel for an e-version.

Download all of Dad’s favourite songs onto a CD, and create a great album cover telling him he’s the best Dad in the world. Every time he listens to the CD, he’ll think of you. You can make an e-version by downloading his favourite tracks onto his phone and designing him a card instead.

For more great ideas for celebrating Father’s Day, check out our Mother’s Day article. Many of the gift ideas there, can be made for Dad’s too. Or check out our.

Above all else, remember to tell Dad how much you love him, and how much you appreciate the things he does for you. Make him breakfast in bed and reflect on the great job he’s doing as a modern Dad.

This is good stuff. Good on you – I wish I’d looked at it earlier. Evenso, I’ll put it in a newsletter.

Bring your family and join in the fun. Bouncy castle and face painting for free, healthy kai and fun games with prizes, local musicians will help play your favourite dad songs.

call 525 1690 for details or email auckland@fatherandchild.org.nz