Finding suitable party games for teenagers can be tricky business, but we have some great teenage birthday party games that even your ‘coolest’ teenagers will enjoy.

There’s a fine line between organising some fun games for your teenager’s party, and embarrassing the heck out of them. The problem is – you’ll have no idea where that line is drawn!

For the most part, it’s a good idea to let your teenager organise the party on their own, or with teen friends (with strict guidelines of course), and when it comes to the games, your teenager will definitely want to be the host. The last thing a 13 or 14 year old wants is Mum or Dad clapping their hands and getting everybody into a circle!

With that in mind, here are some great indoor party games that you may want to suggest to your teen. They’ll be able to adapt them to suit their friends, and maybe even change the name so it sounds like their idea. Here goes… 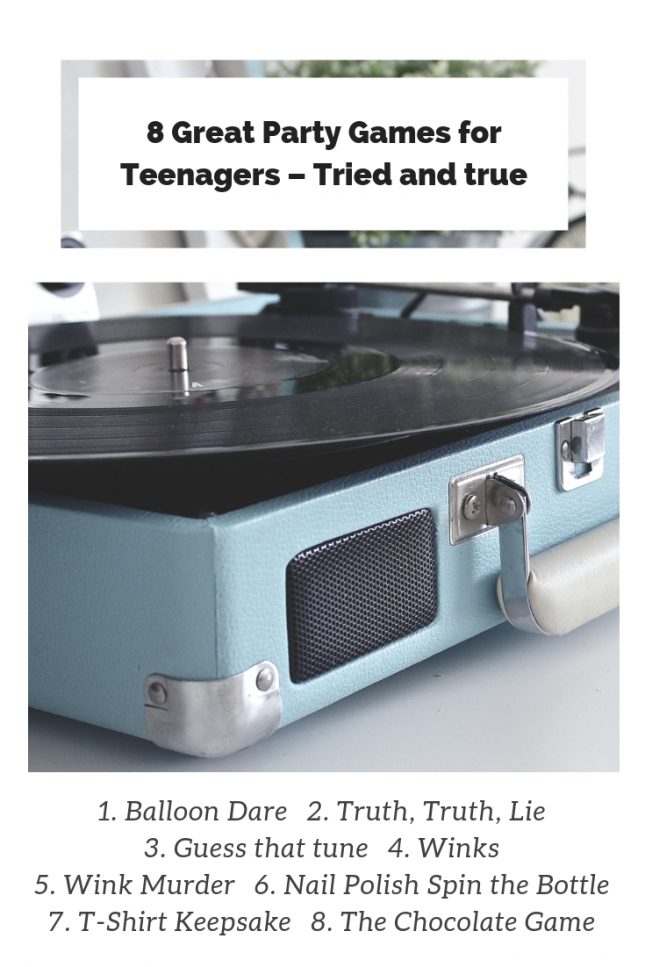 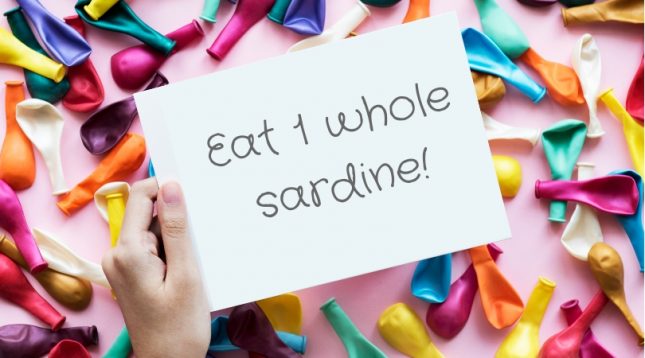 Write out a dare for every guest at the party, and slip each one into a balloon before blowing it up and tying the knot. One at a time, the guests choose a balloon and pop it to find the dare. Your guests then have to do the dare, or suffer the consequences.

Dares don’t have to be embarrassing, instead they could be more of a challenge (think Fear Factor or Treasure Island). Maybe they have to eat something out-of-the-ordinary like baby squid, or perhaps they need to complete a physical task. Check out our Fear Factor article for more ideas.

When preparing this game, you may want to talk to your teen about what dares are appropriate, and have the final say as to what goes in the balloon. You will also need to agree on a consequence that is safe and appropriate in your home. Good luck!

When your guests arrive, give them each a card to write down three facts about themselves. Two of the things must be true, and one of them must be a lie. When you’re ready to play the game, have each guest read out their facts, and everybody else must try to work out the lie. The person who guesses the most ‘lies’ correctly – wins!

This game works really well if there’s a good prize for winning, like a giant-sized chocolate bar, or cool make-up item. If there’s a prize to play for it’s surprising how serious people get about winning! 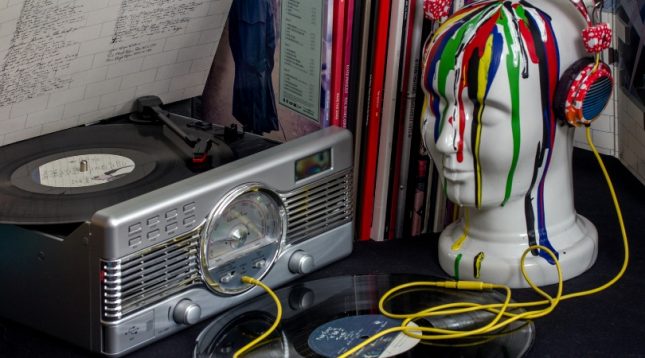 Get a selection of CDs, or Spotify playlist together. Get your guests to try to guess each song, by only playing a few seconds of music. You could play the first few beats, or to make it even harder, record a small snippet from the middle of each song.

This is a great game to play in teams of 2-3 people. And like the game above you can really ramp it up by including a prize at the end. It’s also lots of fun to include spot prizes of chocolates or lollies to dish out during the game!

This is a great game for a party with both boys and girls, and works best with lots of guests. If your teen is still in the early stages of ‘liking boys’ (or girls), then this game can be lots of fun.

Set up a circle of chairs, and have all the girls take a seat. The boys then take their place standing behind a girl of their choice, with one boy standing behind an empty chair. The boy with an empty chair winks at a girl, who then jumps up to take the empty spot. If the boy behind her tags her shoulders before she gets away, she must stay seated. If she makes it out of the chair, the game continues with a new winker.

How you play this game will depend on the number of girls vs. boys at the party. If the numbers aren’t even, make sure you jumble it up so there is more than one same-sex pair to begin with. Having a mixture of pairs will stop any teasing that may occur. 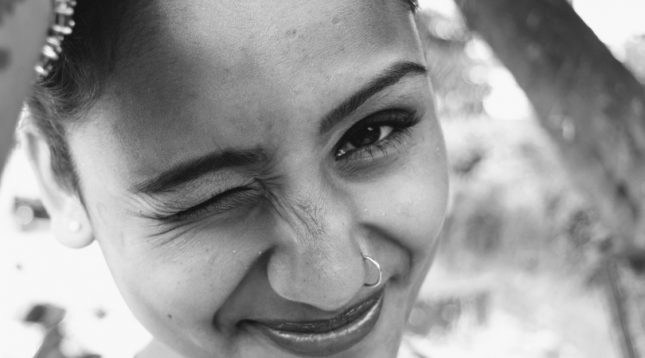 Have all the guests close their eyes, and choose one guest to be the murderer by tapping them on the shoulder. All the other guests are detectives. When everyone opens their eyes, the murderer must start ‘killing’ off the detectives by winking at them one by one. If a guest is winked at, they need to die – very dramatically – so everyone knows they have been killed.

If a guest thinks they can solve the mystery (i.e. who the murderer is), they can shout out their name. If they are right, they win the game, but if they are wrong, they have to die. If the murderer manages to kill all the guests and get down to one last detective without being found out, the murderer wins. 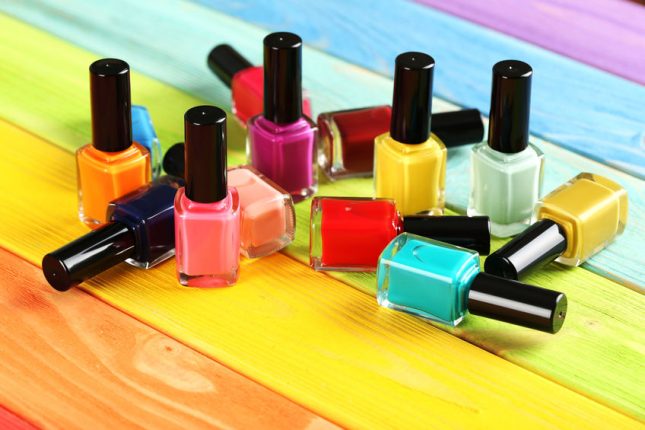 At the risk of sounding politically incorrect, this is a game for girls.

Have your guests sit in a circle, and place several different nail polishes around the inside. The birthday girl starts by spinning a soft drink bottle in the middle of the circle, and then painting one fingernail with whichever polish it ends up pointing at. The guests then take turns spinning the bottle, and painting one finger nail in the chosen colour. The game continues until everybody has all 10 nails painted in different polish. 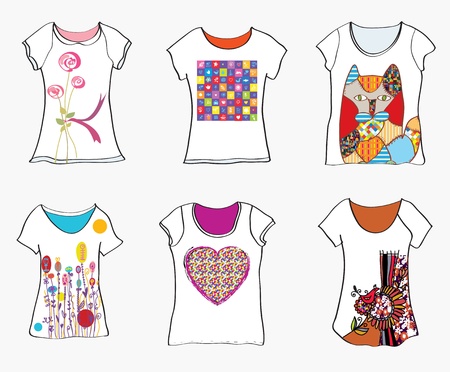 Teenagers like the idea of having a keepsake, especially one they can show off. Purchase a plain coloured T-Shirt, and a few tubes of fabric paint. As each guest arrives get them to sign their name, write a message, or draw a picture for the birthday teen. They can even go all out and do hand or even footprints just for fun!

If your child doesn’t want a T-shirt, you could use a pillowcase or cushion cover instead.

Fabric paints are available from good craft stores for approximately $5 per tube. Look for brands that don’t need specialist setting, but instead simply dry by themselves or can be heat-set using an iron or hair dryer. 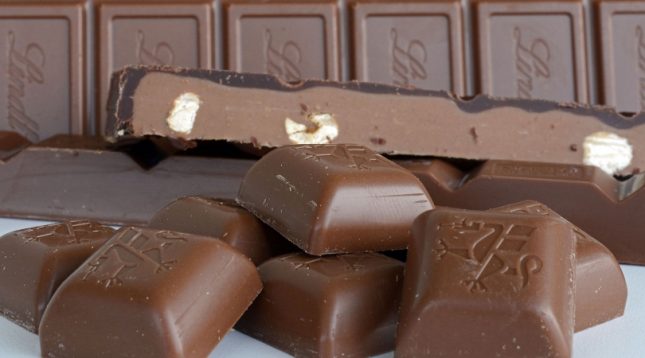 This is a twist on that classic kid’s party game The Chocolate Game.

Just like in the classic game, have your guests sit in a circle, and put a block of chocolate, a knife and fork, a dice, and a selection of dress up clothes in the middle. Guests take turns throwing the dice, and when they get a 6, they have to put on the dress up clothes, and start eating the chocolate one piece at a time using the knife and fork. You get to keep eating until somebody else throws a 6, at which time they must put down the knife and fork, and pass over the clothes as quickly as possible.

There are two great twists you can play. One is by choosing a themed selection of clothing, the 60s or the 80s are always fun to dress up as. The more far out the clothes are, the more the hysterics will take over during the game!

The second twist is to play the game in pairs, with two dice. Guests must both roll either double 6s or double 1s at the same time to be ‘in’. Have two lots of clothes to put on (you could choose gangster or pirate style clothes), and in this version of the game your guests must cut the chocolate and feed it to each other. This version is really hard to actually get any chocolate, and really hilarious as a result!

Even though our great party games for teenagers are really great, your teenager may not want any sort of games at their party, and instead choose to just ‘hang out’.

This is fine if there are only 2 or 3 friends invited, but if there’s more than that, cliques can start to form without planned entertainment. Girls can be particularly vicious, and the party can literally end in tears.

Finally, if your teen is really anti-games, why not just take them out for an activity instead? One great idea is to get them a personalized MasterCard gift from GiftCards.com

or similar, load it with some cash and just take them out shopping, or to a fun family activity of their choosing.

If you’re a parent and just wading into the minefield of teenagers birthday parties, you’ll definitely want to read our article Tips for negotiating teen birthday parties. Or for more expert party advice, check out our Teen’s Birthday section.

13 reasons why you need to watch 13 Reasons Why

Is your teen’s world really that different to yours?