A University of Auckland-led international study published today provides the strongest evidence yet that sleeping on your back, in the last three months of pregnancy, more than doubles the risk of stillbirth.

The mega-study has confirmed the risk of stillbirth associated with sleeping on your back applies to all pregnant women in the last trimester.

Can Sleeping on Your Back Cause Stillbirth?

The new study – the largest to date, including 851 bereaved mothers and 2257 women with on-going pregnancies – was funded by Cure Kids New Zealand and Red Nose Australia, and is freely available in EClinicalMedicine published by The Lancet.

The chief finding was that going to sleep lying on the back from 28 weeks of pregnancy increased the risk of stillbirth by 2.6 times.

This heightened risk occurred regardless of the other known risk factors for stillbirth.

However, the risk is additive, meaning that going to sleep on the back adds to other stillbirth risk factors, for example a baby who is growing poorly in the womb.

Ms Cronin says, “stillbirth is a tragedy for families. This study shows conclusively that something as simple as going to sleep on your side can reduce the risk. And we know that women in New Zealand report they can and will change the position they go to sleep in without difficulty, if this is better for their baby.”

Stillbirth is defined as the loss of a baby after 20 weeks of pregnancy.

There were 2.6 million stillborn babies in 2015, around 7,200 every day globally, according to Down to Earth.

Around 300 babies are stillborn in New Zealand each year. About one in every 500 women in New Zealand will experience a late stillbirth and lose their baby at or after 28 weeks of pregnancy.

“An important finding that came out of our study was that if every pregnant woman went to sleep on her side after 28 weeks of pregnancy, approximately six percent of late stillbirths could be prevented – around 153,000 babies a year worldwide.” Said Ms Cronin.

Does it Matter Which Side You Sleep on When Pregnant? 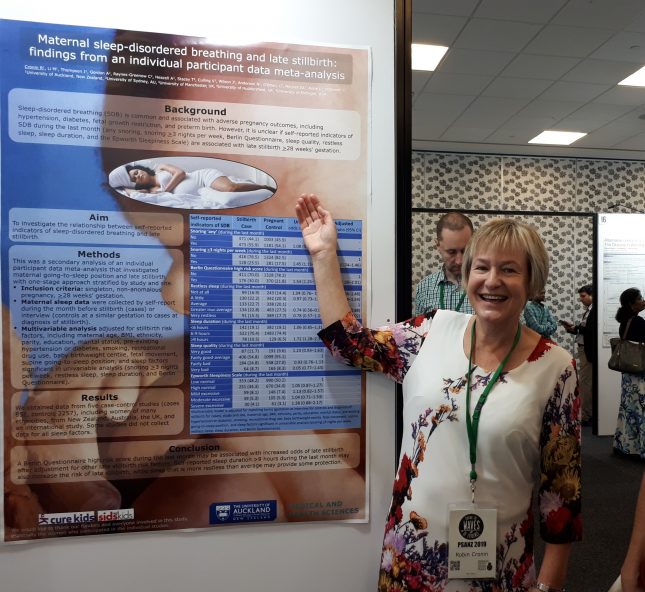 The meta-analysis was also able to reassure pregnant women that it does not matter which side they chose to settle to sleep on– both left and right sides appear equally safe.

Professor McCowan, who is the Head of the University of Auckland’s Department of Obstetrics and Gynaecology, says women should not worry if they go to sleep on their side but wake up on their back. “This is common – just settle back to sleep on your most comfortable side. Our advice is the same whether you’re going to bed at night or lying down for a daytime nap.”

Why is Sleeping on Your Back Bad for Baby?

Past physiological studies, carried out by the University of Auckland and funded by Cure Kids, suggested that the increased late stillbirth risk is due to a major vessel in the mother’s abdomen (the inferior vena cava) being squashed by the pregnant womb when she is lying on her back, which reduces flow by 80 percent.

Although the mother’s circulation responds by increasing the flow through other veins, this does not fully compensate. The mother’s aorta – the main artery which carries oxygen-rich blood from her heart – is also partly compressed when the mother lies on her back, decreasing blood flow to the baby.

While healthy unborn babies can compensate for the reduced blood supply, babies that are unwell or vulnerable for some other reason, may not cope.

For more expert advice, check out our Pregnancy health and wellbeing section.

Your baby, your breastfeeding journey.

The 5 P’s of Normal Labour and Birth