Baby boomers had Superman and Batman; kids today have Spiderman and Harry Potter, fictional characters who have been inspiring children through comics and film for years. And they’re inspiring because they come from broken families.

The kids who transformed their lives from abandoned to amazing. The kids who wanted to change their circumstances, make the world a better place, make others feel safe, loved, protected – all the things that they had missed in their childhood…

In fact when we look closely at our favourite Disney classics, fairy tales and comics, etc. there is a trend to one key factor to what helps build a superhero.

The poster boys and girls of broken families

• Mowgli of The Jungle Book, lost by his parents and raised by wolves.

• Superman, sent to earth without his parents from his doomed home planet, adopted by new parents.

• Tarzan, raised by apes after deaths of parents.

• Cindrella, raised by her Step Mother and Sisters.

• Nemo, Nemos Mother passes away, leaving him in a single father family.

• Cinderella, orphaned left to live with her step family.

• Spiderman, orphaned brought up by his grandparents.

• Wolverine, abandoned by parents for being a mutant.

• Snow White, orphaned by the death of her father the King.

• James Bond, orphaned by the death of both of his parents in an accident.

But as parents, we too have real-life characters who also changed their life and touched others and can inspire us. And this is where you might really be amazed.  Just like our favorite fictional heroes, some of the most influential people of our time, the innovators, the leaders, the peacemakers, the inventors, the philosophers also shared the same gift – abandonment….

What defines abandonment? Any one who at any point of their life felt left behind, left out or excluded.  Yes, orphans, foster, adoption and death are extreme ways to experience abandonment.  But children who experience divorce, separation, and long distance parenting also experience abandonment on some level.  And it is important that these children, or even children turn adults know that this is all part of their story to be a superhero…By watching their favourite characters, actors and celebrities they can be inspired to follow in the footsteps of these other abandoned people who have revolutionised the world…

The most important message – is that just because you or your children have experienced a broken family, or felt abandoned and unloved in some way it does not mean that you have failed.  In fact, it means you have an opportunity to redefine what family means to you, who you want in your life to ‘act’ as family and most important gives you a chance for reinvention.  And reinvention is as powerful as any other superhero power! 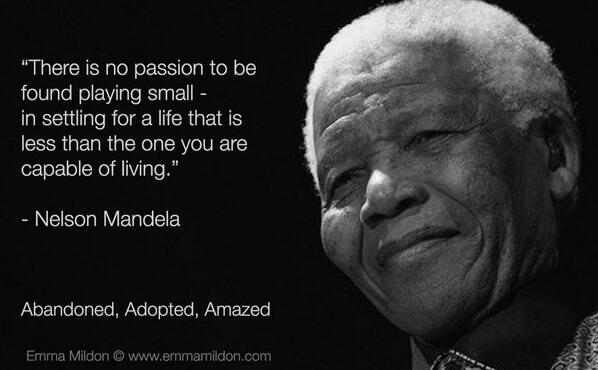 Some tips for Parents

In New Zealand there are a few communities that support people affected by adoption. Try out the following:

For more expert advice on blended families check out Making a family.

Emma Mildon is an author and columnist who specialises in adoption, foster, orphans and inspiration. Yes…they are all linked and Emma writes about them all on her website - www.emmamildon.com

5 Affordable Ways to get Your Family Eating Healthy

Do it……….. nothing you do in life will bring you more satisfaction, more unconditional love or more wonder, She is our everything and lives life to the fullest no holds barred…. she amazes us everyday with her determination to be all she can be. She is only 7 !!

She sounds awesome! And you too sound like an amazing parent! I brought my adoptive parents love…and pain (but those came more in the teenage years!) haha It sounds like your little one is lots of fun!